A favorite tournament of both players and fans alike, the BNP Paribas Open in March is a can’t-miss tennis event. Staged in beautiful Indian Wells, California, the climate, the grounds, and the atmosphere make this easily one of the most fun, accessible tournaments in the world. Formerly known as the Pacific Life Open, the first Masters 1000 series tournament of the year is also the biggest.

Edwina and I just want to thank you for such a great time at Indian Wells. It was our first pro tennis event and it was just fantastic - our seats on Saturday were spectacular. Chris said once you go you'll wanna go back every year. Roger that! We can't wait till next year! 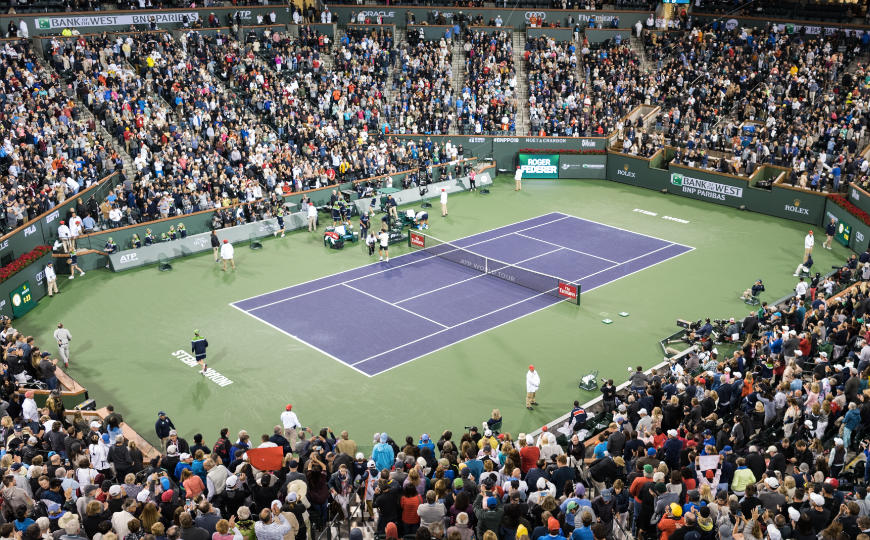 Spend a weekend in the desert and experience the "Fifth Slam" over four sessions from Courtside Box, Stadium Box, and Luxury Suite seats. 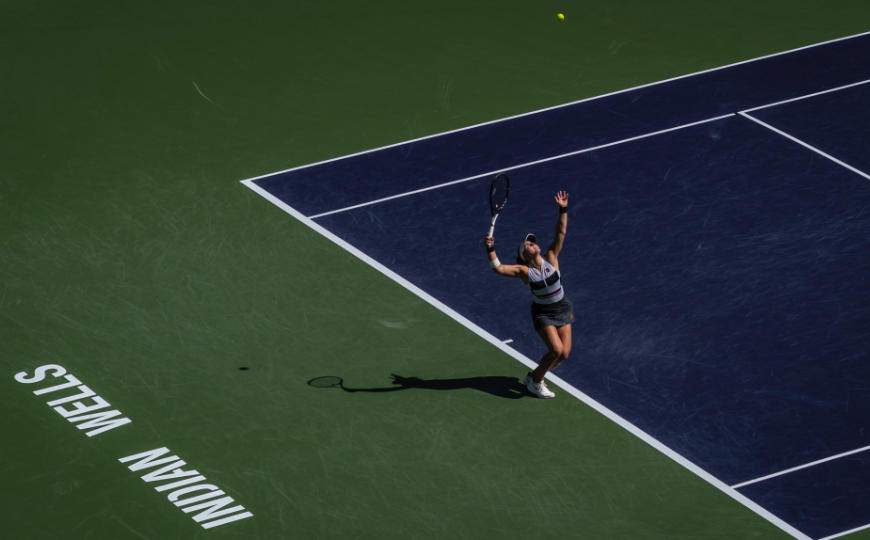 Get the best of tennis: enjoy three day sessions from our air-conditioned Luxury suite and three night sessions closer to the heat of the action with Stadium Box or Courtside seats. 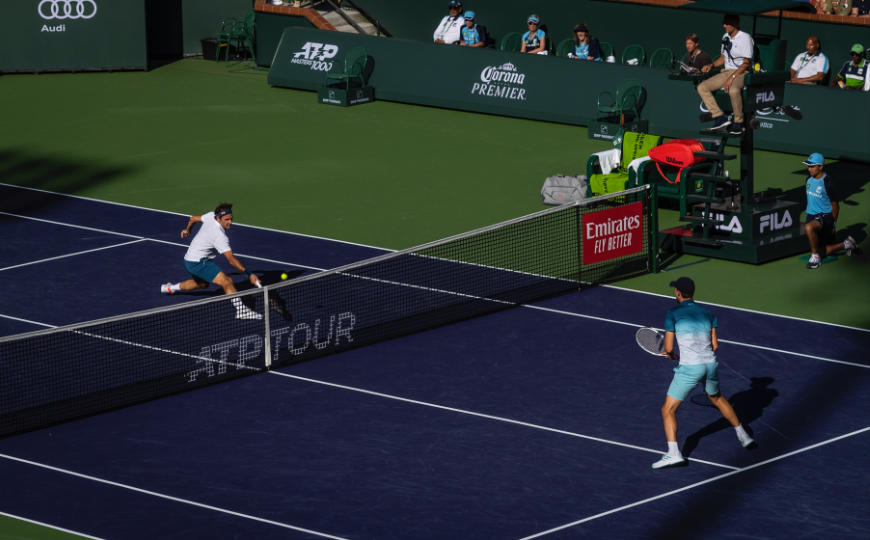 A quick rendez-vous in the desert means enjoying four sessions of perhaps the best tennis of the tourney in a mix of Courtside, Stadium Box, and Luxury Suite seats.

Whether you’re just on the hunt for the best tickets or a full package deal including accommodation and an opportunity to play tennis, you’ll find it here. 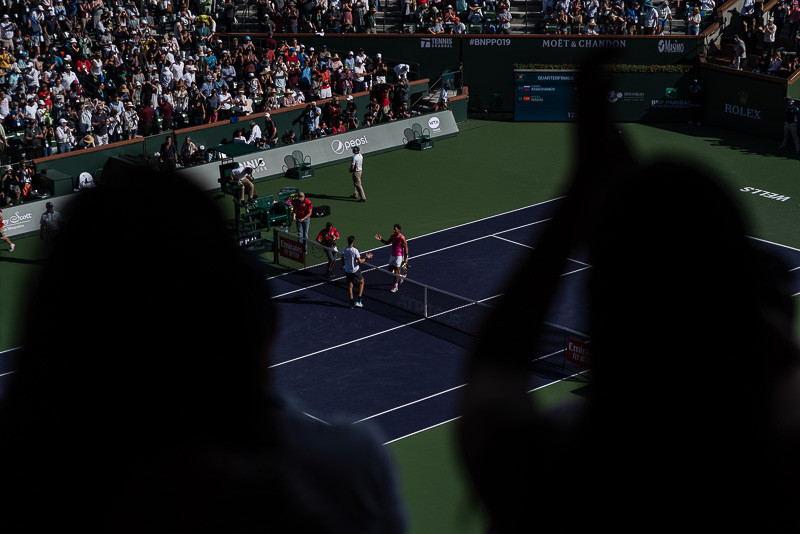 I have been booking my tennis travel with GSTT since 2005. I have crossed off my Bucket List seeing all 4 Grand Slams and now I just returned from the Monte-Carlo Rolex Masters. I give them an A+++ and highly recommend them. They even made my husband a tennis fan. Thanks for the many happy memories GSTT!
Lourdes Dosal - 27 April, 2019
A bit skeptical of all sorts of major event tours, I committed to Indian Wells last year and was more than pleased. Everything was offered to us as promised. At the Laver Cup in Geneva, we had a ticket problem with the site and I checked with Topnotch to see if they could help. They did and again I was more than pleased.
Mike K. - 24 September, 2019
Just returned from the Monte Carlo Masters Tournament. Grand Slam Tennis Tours organized a great trip. The city tour and trip to Eze were informative, the seats at the venue were spectacular and the accomodations were nice. This is my sixth trip through GSTT and I have never been disappointed. Will continue using them!
Tru L. - 27 April, 2017
Loved every minute of the week. If you love tennis and love meeting fun people it's a dream vacation. The accommodations, food, and VIP treatment was on point. Even got to meet some top ranked players...
Cari F. - 10 March, 2020
Another amazing BNP Indian Wells Tennis experience. I've been using TNTT for the past 4 years and they have always delivered. The crew is the best and go out of their way to make sure you are always taken care of. I give them a 5 STAR review and recommend them to all my tennis enthusiasts to try them out.
Patrick M. - 12 April, 2018
Edwina and I just want to thank you for such a great time at Indian Wells. It was our first pro tennis event and it was just fantastic - our seats on Saturday were spectacular. Chris said once you go you'll wanna go back every year. Roger that! We can't wait till next year!
Mike Scally - 30 March, 2017
I have travelled with GSTT/TopNotch for 10 years, having taken many trips to different sites around the world, and have not had one bad experience. For travelers that LOVE to play tennis try the TopNotch tennis camp in Hawaii. I did the camp last year and it is one step beyond unbelievable.
Alan S. - 12 April, 2018